06.19.2019
At a time when many tourists are interested in the new TV series "Chernobyl", it is very important that this topic has been submitted correctly, without fables and fantasies.
June 19, representatives of the Guild of Guides took part in the discussions during the Workshop "Kyiv-Chornobyl HBO Series tour" in the social space Chernobyl HUB. Suggestions were made on the route and talking points of the tour locations tour of CHERNOBYL series from HBO.
Our guides do not just take part in the discussion - they are actively involved in the development of the new route places the filming of the series.
The President Guides Guild took the initiative to draw attention to the Memorial complex of memory of victims of Chernobyl, located at Nagornaya street.
On the extension of the initiative of the Department of tourism and promotion of the Kiev city public administration concerning the establishment of a comprehensive tourist product to the places of filming of the series, during a meeting on 20 June, the members of the Guild of Guides will provide additional proposals at the meeting in the briefing room of the KSCA. 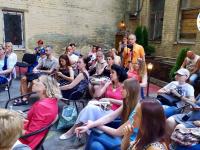 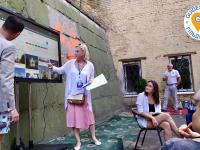 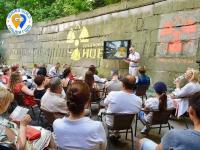