The tour guides in the Museum of money of the NBU

01.28.2020
Gdida guides constantly provide to their guides interesting events, and today we went to the money Museum of the National Bank of Ukraine. We have combined the opportunity to consider the majestic building of the Bank from the inside, and learned many interesting facts about the history of money.
Remember, in his "History" Herodotus indicates that the first to use metal coins by the Lydians started? Modern scientists believe that the first coins were made of electrum and was minted around 650-600 g H. H. the Rapid proliferation of coins associated with the convenience them storage, crushing and combining, relative big cost at small weight and volume, which is very convenient for exchange transactions.
Paper money or banknotes were first used in China during the song dynasty. These banknotes, known as "jiaozi", evolved bills that have been in use from the seventh century. However, they do not supplant traditional money, and were used alongside coins.
As for Europe, there is a banknote was first issued by the Bank of Stockholm in 1661...
The history of money is the history of mankind. It is impossible to translate in an hour, but it is possible to interest tourists with facts, legends, treasures and lots of interesting stories, some of which you will hear from our guides on the excursions around the city.
The Museum exposition is built in chronological order – starting from a primitive commodity-money and ending national currency of modern Ukraine – the hryvnia.
The materials here reflect more than thousand-year history of the hryvnia and other banknotes that were in circulation at various times on the territory of Ukraine.
We thank the Museum for a wonderful tour to Kiev guides and also for the nice gifts - a Commemorative hryvnia in Kiev". This torque is a replica coin hryvnia Kiev type XI-XIII centuries. At that time she was the main unit of money circulation and means of savings on the territory of Kievan Rus. It got the name and the modern monetary unit, which became the main monetary circulation of the independent Ukraine. 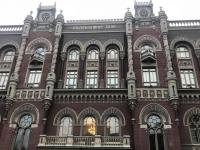 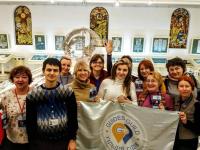 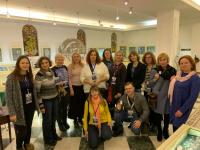 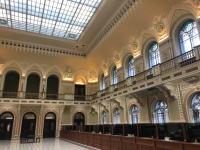 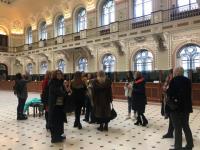 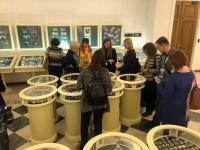 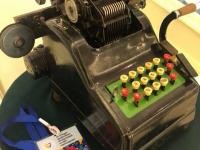 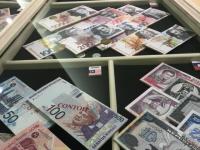 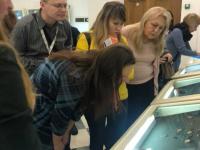 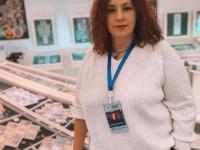 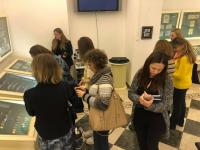 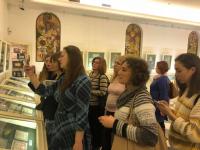 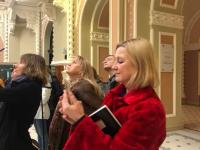 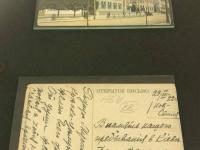 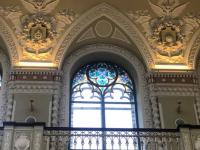 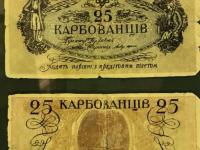 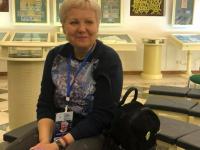 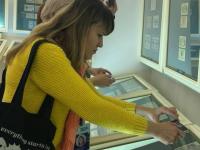