CURATORIAL TOUR GUIDES: THE MUSEUM OF FORMATION OF THE UKRAINIAN NATION

08.05.2019
They say history is like a play, which updated the costumes, the scenery, the names of actors. the Content remains unchanged.
The guides Guild Guides Guild initiated a tour for its members, joined by colleagues from the League of guides Kyiv and Ukrainian Association of guides and today we witnessed in Ukraine started a Museum, which we know will be an extraordinary mission and a great future!
To create such a Museum, which is still there in Europe, combining historical past and technological advances of our time, to everyone who visits the Museum is proud that he is Ukrainian and foreign tourists, admired for our great and courageous government" has set itself the goal of its owner, Valery Galan.
A Colonel in love with his country, is incredibly charismatic, he is now almost two hours we drove with colleagues Guides the Guild through the Museum, telling about the creation of the Museum, the formation of the exposition, on skladnosti and prospects. And to say what is, because the Museum has over 25 exhibitions with historical content, the team has attracted more than 40 scientific organizations, scientists 37, 63 museums of Ukraine and a significant number of cultural and social organizations.

All information is broadcast.in a very unusual and innovative form: the smells, dioramas, sounds, 3D views, unique shapes that best convey a person's appearance (bruises, hair, wrinkles, pigmentation). Some of them are talking and winking at the visitors. For children there are separate stands for easy and quick perception of information.

Regarding the figures, they are striking in their realism. The staff used the latest technology, and it is not just wax. Figures in the collections of the Museum will be more than 100, from Princess Olga to Jamala.
And thanks to such masters as Oleg Clos (sculptor), Julian Tikhonov(master of making weapons and armor), Ekaterina Strukova (Ekaterina WESTIN) — colorist, makeup artist, plastic and special effects, and her team WESTIN FX. Makeup, special effects, propsMuseum will amaze the whole world!

Lots of special effects, interactives, visual effects will make your tour memorable.
The Museum has an audio guide in eight languages, the opportunity to sit down to relax, drink coffee. Here you can easily spend a couple of hours and South.

Thank you to the owner of the Museum Valery Galan wants for a personal tour for a very bold idea!
Success! 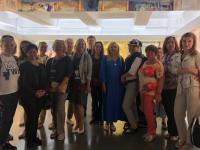 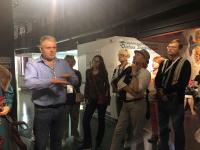 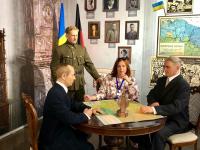 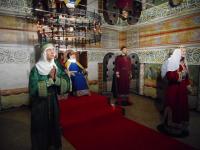 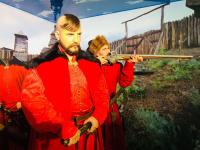 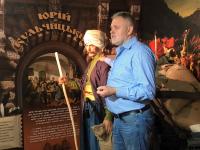